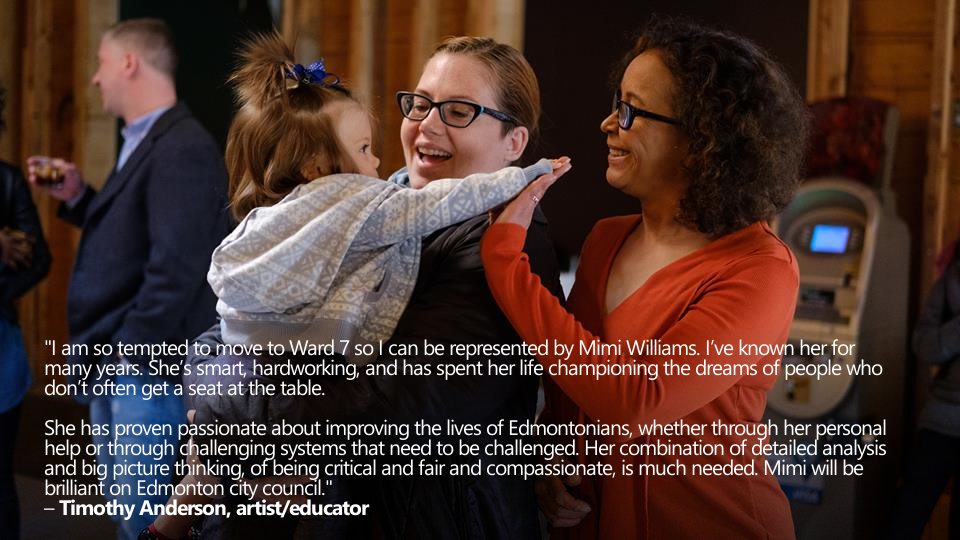 Mimi is a long-time community volunteer, political activist and media commentator. She believes that the best decisions are made by listening to those most affected by them.

Mimi holds a Bachelor of Arts (Honours - Political Science) degree from the University of Alberta where her graduate studies focused on municipal government.

She is self-employed and works as a freelance journalist and consultant to non-profit organizations in the areas of fund development and organization.

Mimi's roots in Ward 7 run deep, first moving to Alberta Avenue in 1994. She currently resides in Highlands with one of her 2 adult sons and their dog, Boss.